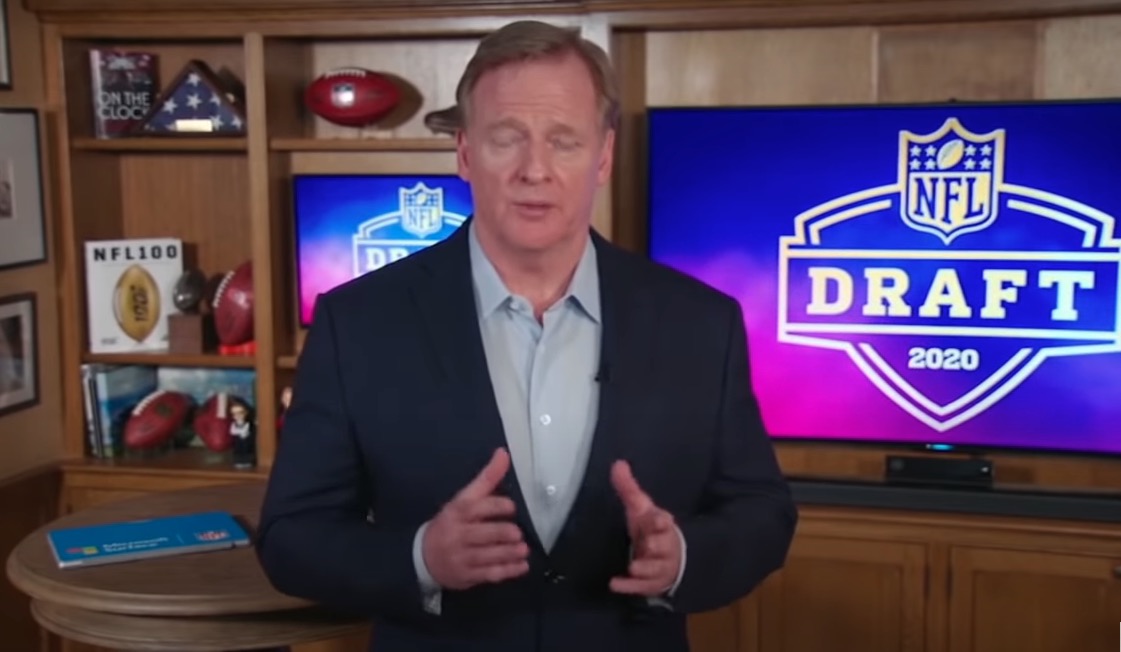 Last night could have been different, though. With just about every sports fan in America desperate for some small crumb of live sports-adjacent content to nibble on, the NFL began the night with about as much unearned goodwill in its pocket as it could ever hope for. And what did it do with all that goodwill? It made us sit there and watch Roger Goodell stroke himself.

First we got an achingly overwrought intro narrated by Peyton Manning, who told us that the this year’s draft is a shining beacon of hope for all Americans, or something. Then we got Goodell’s fireside chat, during which he did what he always does: attach himself and the league, remora-like, to whatever vague notions of civic goodwill he can find and suck away until those vague notions become representative of the NFL and its interests.

The irony of the NFL making uniquely eager sports fans sit through nearly 20 minutes of self-hagiography before actually giving them what they desperately wanted will likely never penetrate the league office. No sports league in history has never been more convinced of its own importance, or of its unique status not as an entertainment product, but as a civic institution.

The trouble is that the league will only be more emboldened to congratulate itself the more captive its audience becomes. Somewhere around the 12th minute of last night’s onanistic draft introduction, I convinced myself that I was disgusted enough to change the channel. I didn’t, of course, because what else was I going to watch? And besides, I wanted to see what Matt Patricia’s living room looked like.