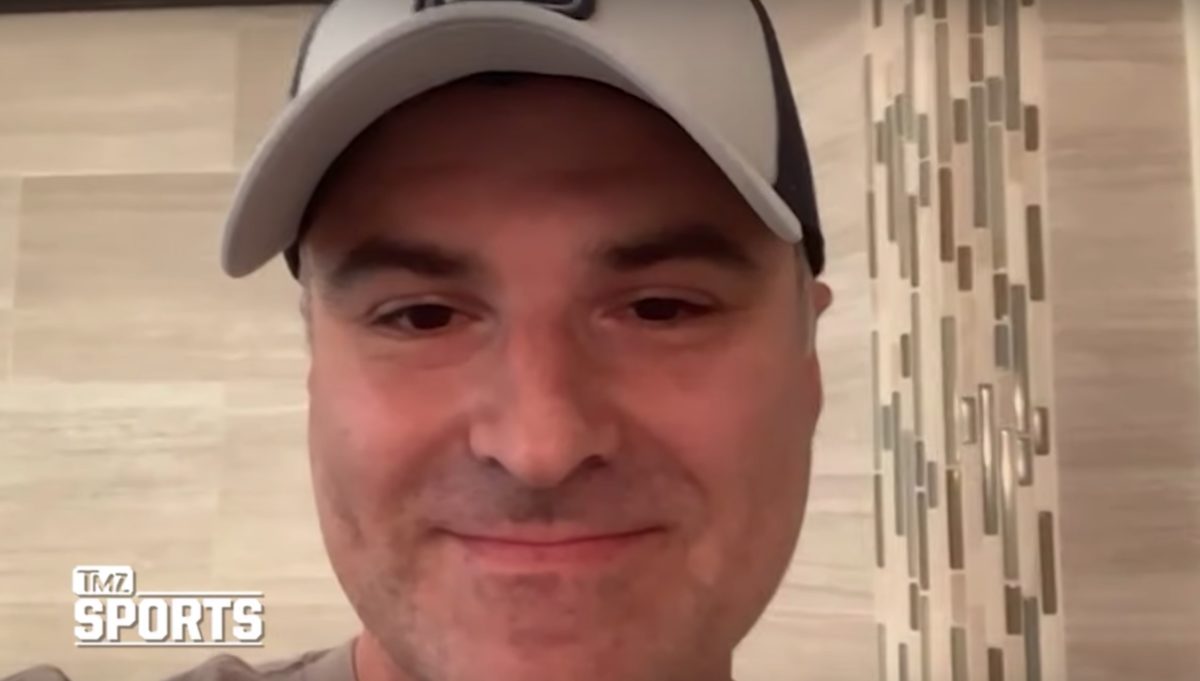 How are you going to make the most of this weekend before “the large football match”? Spend time with friends and loved ones? Enjoy the wonder of nature? Whatever your answer is, it’s certainly more healthy and productive than Darren Rovell’s, who has found himself in a rather Rovellian folly.

The saga began when Rovell tweeted out USA Today video producer Sandy Hooper’s photo of the commemorative Kobe Bryant T-shirts given out by the Lakers Friday night.

Rovell was called out for not simply retweeting Hooper. He did credit her, so this apparently pissed him off.

Rovell argued about this for a while, naturally, and eventually explained his logic for tweeting the photos: He is a writer, and did a sufficiently skillful job reframing the tweet. (He wrote “Shirts at Staples Center tonight.”)

There really is no need to do this to someone whose follower count is three orders of magnitude lower than yours, and yet:

It’s probably too much to hope that Mr. Exclusive Rights To The Sandwich would understand the core of the issue here.