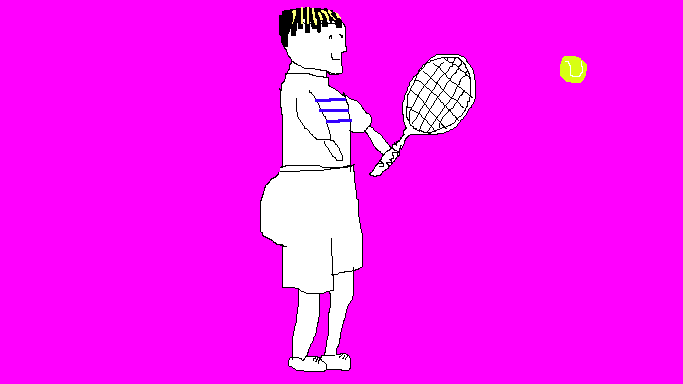 Dominic Thiem, who’ll play in the Australian Open final, hits the ball like it’s a piñata: with the clear intent to destroy it, and with his eyes emphatically closed. (Consult a slow-mo if you’re skeptical about the last bit.) This has worked well enough for him, at least on clay, but something about the approach was unconvincing. I didn’t believe in him as a player until, suddenly, at the 2018 U.S. Open, I very much did. The blind power was beginning to develop a brain.

Then in 2019 he went 7-2 against the Big Three—beating Rafael Nadal on clay, Roger Federer on hard, Djokovic in five sets—proving he could hop the usual obstacles to a major title. This weekend in Melbourne the 26-year-old will get a look at that title, and it’s his best chance yet, even though his opponent has, well, won the Australian Open final seven times. (Thiem’s previous two major finals were against Rafa at the French, an even direr setup.) But the kid might actually do it!

The No. 5 seed made a convincing run through the draw after a limp first-round fart against wild card Alex Bolt. The main event was a 7-6, 7-6, 4-6, 7-6 quarterfinal win over Rafael Nadal: a triumph over both the icon who invented this brand of big-spin baseline bully-ball and Thiem’s own visible nerves. Though the tail end of the match got dicey and was heavy on blown serves and blooped putaways, Thiem pulled the damn thing off.

Today Thiem eliminated fellow youth Sascha Zverev in four sets, arranging Sunday’s date with Djokovic, who has looked a notch or two below his peak planet-eating form. Djokovic will never be defeated with patient consistency, but he can be perturbed by huge power. That’s why Stan Wawrinka had his number in two major finals, and why Thiem has more than a puncher’s chance. I used to think of Thiem as an off-brand Stan Wawrinka; I now see that he’s Stan Wawrinka but mounted on those omnidirectional wheels found on fancy luggage. Thiem can really, really move, both up to short balls and out to the alleys; he can muscle huge winners on the run as well as any player alive. When he sees a suitable ball in the ad court, even that shoulder-high Rafa topspin, he does not hesitate to spear it down the line with his one-handed backhand. Commitment to that bit is what might win him this final. To have a chance against Djokovic, Thiem can’t afford to flinch: just take a good look at that ball, slam those eyelids shut, and swing away.

Oh, To Be A Bear In Receipt Of Cake On My Birthday!