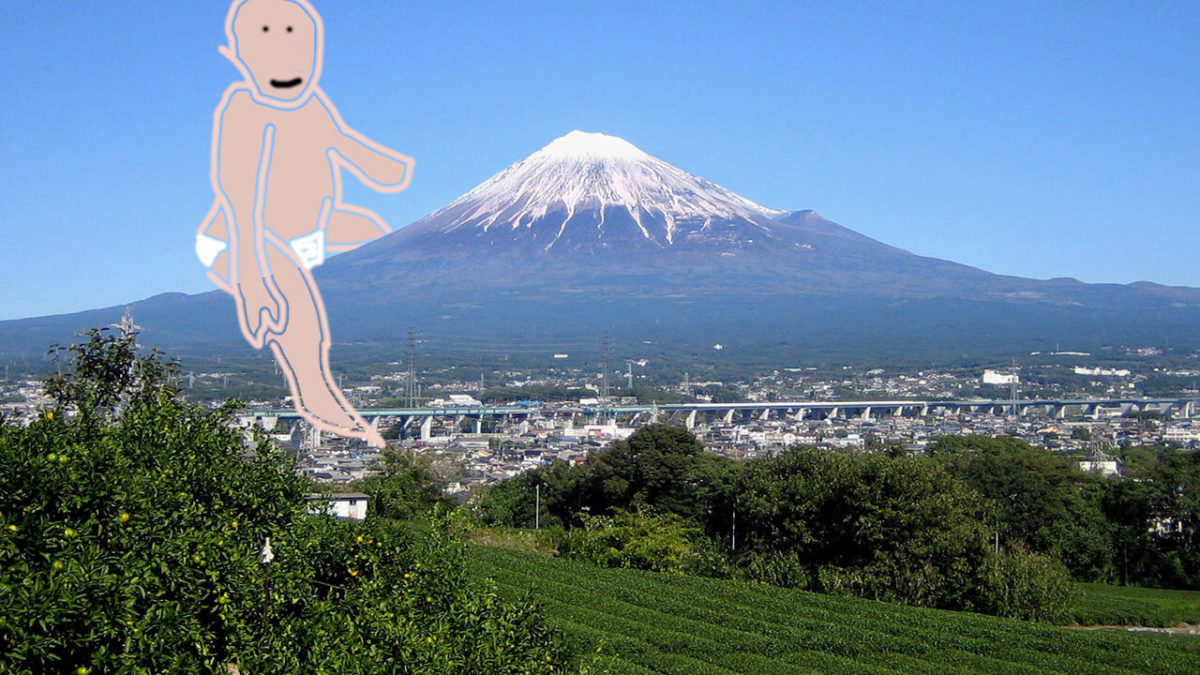 A photo, and definitely not a drawing by Dan McQuade, of the large baby.

I Despise The Large Baby

Let me show you how the UTSB sausage works. Earlier this afternoon someone (me) dropped into the Slack this video, of a baby larger than is normal for babies:

It’s awful! That baby is too big. I hate the expression on its face, and the little puffs of baby powder(?) that rise as it bucks, but above all its size.

We were all suitably repulsed, and then moved on, determined to forget the large infant.

A couple of hours later, someone mentioned it again.

Then, later, again. The baby was back, but, really, the baby had never left. It had barebacked its way into some corner of our reptile brains. Something is so atavistically wrong with this baby that we couldn’t not think about him.

Someone (me) suggested putting the baby on our website. Someone (Tom Ley) reacted with vehemence and disgust and declared that Tiny Jumbo would go nowhere near our website. And then we started talking about the baby some more. We were cursed with knowledge of the big baby.

This is the essence of Slack Law. Slack Law, which is immutable, states that whenever we have been talking about a thing for long enough (an undetermined–but–easily recognizable length of time), that thing needs to go on the site. This holds especially true when the thing is unpleasant or downright repulsive, because not only are we sharing with our valued readers the thing that has so monopolized our time, but we are also hopefully exorcising it from our own minds.

And so, the large baby. If this works right, we won’t thinking about him anymore. He’s your big problem, now.

Unnamed Temporary Sports Blog Up All Night: The Shining Path, The Clouded Mind