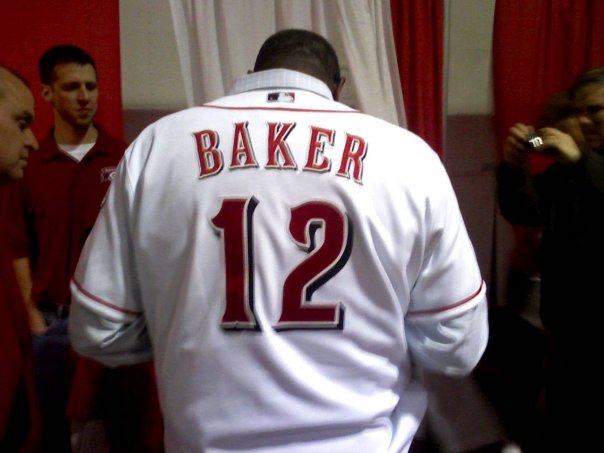 Lost in the detritus of the week is the very bizarre and very delightful hiring of Dusty Baker as the new manager for the New Evil Empire. Even the picture of him on the Astros’ own Twitter feed says volumes about the team’s existential crisis.

Houston was a longtime irrelevance in Major League Baseball, that is until they embraced analytics, then cold McKinseyesque thinking, then trash receptacles. They did good on the first, but the second and third ended up backfiring even in victory, and now with soot-stained eyes they send out a photo of Baker smiling under a golf hat and over a caption that reads, “Mornin’, y’all.” It’s as if he is saying  with his eyes, “I know why I’m here. You know why I’m here. But I’m here, and ain’t a damn thing you can do about it.” And it’s as if the Astros are saying, “We would never have thought of this if we didn’t need to be less, you know, repellent.”

Baker is here to play Doctor Feelgood after the Jeff Luhnow Astros went full heel turn and did it so well that even owner Jim Crane recoiled in ass-covering horror at what his Borg collective had done in his name. Luhnow is now fully disgraced, for countenancing cheating and offending his contemporaries just bybeing him, and Baker is here to clean the town up before the Astros figure they’ve atoned enough.

He won’t be taking phone calls from the next general manager during games. He won’t give out mathematical equations as answers. He will restore the manager’s office to a place where information and entertaining stories are imparted with equal facility. Hell, he might fix baseball’s problems with Congress over the plan to gut the minor leagues on an off-day in Milwaukee. He is Johnnie B. Fix-It, come to save baseball from itself, one self-inflicted wound at a time.

The Astros’ players will still determine the team’s success or failure, but the spectre of galvanized metal will be a distant memory. That is, unless the Astros stink, in which case the town will demand more and better cheating. After all, we like the rules as long as they don’t get in the way of the stuff we want.

But the thing about Baker’s hiring this time is that it wasn’t derided the way the Twitter snot brigade has invested itself in previous Baker hirings. Everyone seems to have recognized that Baker is needed in Houston because of the damage the Astros did to themselves, and even the idiotic myths attached to his managing style by his ham-faced detractors have been largely dismissed because he is quite frankly the best guy for this particular job.

The hiring came during a Super Bowl week which was actually a week devoted to mourning Kobe Bryant and the other eight victims of Sunday’s helicopter wreck, so it went largely unnoticed. But it happened all the same and reminds us all that managing is and has always been more about handling people than readouts, talking to people’s faces rather than their Slack channels. The Astros needed a human touch after the cyborgs fluffed their chance, and that not only works against the team’s internal type but against the run of play in modern baseball.

But it’s an experiment worth the testing, because baseball has been trying the same robotic solution with every team’s organizational chart for a decade now, and some jobs just aren’t to be done by the robots. This is one of them.

Ray Ratto prefers the St. Louis Browns, as should we all.