Quarterback-turned-color commentator Tony Romo is the object of a bidding war, according to anonymous sources who definitely aren’t his agent. Romo’s contract with CBS will end soon, and he’s due for a raise, as he’s displayed an ability to string together complete sentences and shown an enthusiasm that isn’t phony or excessively loud.

Andrew Marchand of the New York Post believes that Romo, who made $3 million this season, could garner somewhere in the realm of $10 million per for his next contract. ESPN might throw a buttload of money at the former Cowboys quarterback and hope that fixes the issue of the numerous unsuccessful Monday Night Football booth combinations in recent years. However, CBS retains the right to match any competing offer. Wherever Romo ends up, it’s bizarre to me that he is this highly coveted.

That’s not to say Romo doesn’t deserve to be paid well. I find him entertaining without being obnoxious, and the whole play-prediction shtick is fun. He’s excellent at what he does, and has exposed the dreariness of a lot of other NFL announcing teams. But it feels like ESPN’s missing a key point of his success: There are so many other former football players out there around his age and with similar knowledge of the game. Is there really no one else who can be just as capable?

In April 2017, CBS hired Romo right after he retired, then stuck him in the No. 1 color commentator spot to replace Phil Simms alongside play-by-play man Jim Nantz. Romo had essentially no experience in the booth, and CBS took a huge risk, but it paid off. That should clue in ESPN to a solution to its broadcasting dysfunction: Keep searching for a football knower with a tolerable personality. Jason Witten and Booger McFarland may have been whiffs, but the broadcast at least had something with Jon Gruden!

When I floated this argument to a friend of mine, he presented a convincing counterpoint: The Worldwide Leader could very much afford to pay the premium for Romo. It would be even happier to if it meant the Boogermobile jokes and complaints about the crummy Monday matchups would end. Why bother taking the time to develop talent when you can just spend money to have it ready out of the box?

As history has shown, corporations tend to be risk-averse. ESPN (or CBS, if it loses Romo) will have a lot of options. Both Mannings are now retired, although those names always pop up like how Bill Cowher’s name was floated in every coaching search. Jay Cutler isn’t doing much outside of occasionally appearing in Kristin Cavallari’s reality show. The choice doesn’t necessarily have to be a quarterback; find a linebacker or safety who recently ended his football career and is still coherent.

It’s an admittedly idealistic thought, but if the networks wanted to be on the cutting edge, they’d spend less time trying to poach Romo and more time experimenting to find the next version. There’s a possible outcome where he goes from being the exception to the norm, and watching football on TV becomes a little more pleasant for everyone. 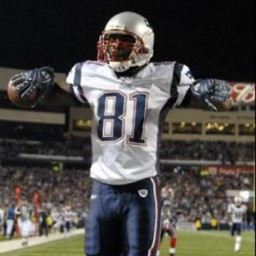