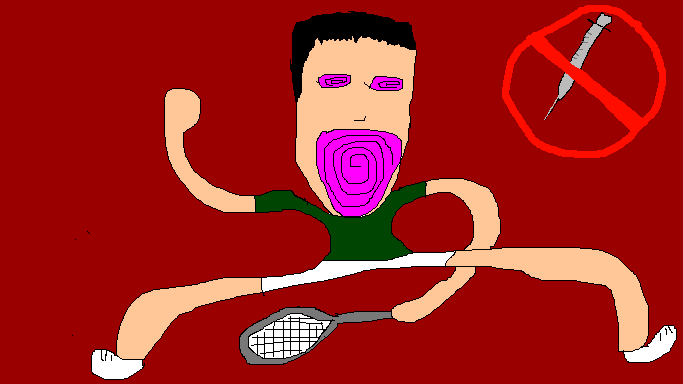 Novak Djokovic said he was “opposed to vaccination” and would be uncomfortable if taking a coronavirus vaccine was a condition for playing on tour. The men’s tennis world No. 1 made these remarks during a livestream on Sunday, translated from the original Serbian by Reuters:

“Personally I am opposed to vaccination and I wouldn’t want to be forced by someone to take a vaccine in order to be able to travel.”

“But if it becomes compulsory, what will happen? I will have to make a decision. I have my own thoughts about the matter and whether those thoughts will change at some point, I don’t know.

“Hypothetically, if the season was to resume in July, August or September, though unlikely, I understand that a vaccine will become a requirement straight after we are out of strict quarantine and there is no vaccine yet.”

It may be surprising to learn that one of the most successful living sportspeople, with millions of fans, would talk this reckless anti-vaxxer talk during a global pandemic. But if you are at all familiar with the Novak Djokovic worldview, this comment is no more shocking than when he goes full Gumby and hyperextends every joint in his body to retrieve a backhand. The best living tennis player is deeply credulous and unorthodox in his thinking, and tends to fill his inner circle with the same kind of mind. Here’s a bit of historical context.

1. While diagnosing a gluten allergy in 2010, Djokovic accepted some top-tier medical analysis. It’s detailed in his 2013 book Serve to Win. A summary, via The Independent:

[Nutritionist Dr. Igor] Cetojevic told Djokovic to stretch out his right arm while placing his left hand on his stomach. The doctor then pushed down on Djokovic’s right arm and told him to resist the pressure. The strength Djokovic would feel in holding firm, the doctor said, was exactly what he should experience.

Next Cetojevic gave Djokovic a slice of bread. He told the bemused player not to eat it but to hold it against his stomach with his left hand while he again pushed down on his outstretched right arm. To Djokovic’s astonishment, the arm felt appreciably weaker.

It was what Cetojevic had expected. His crude test had been to discover whether Djokovic was sensitive to gluten, a protein found in wheat and other bread grains.

While it is possible that Djokovic did have a food allergy—he changed his diet, became a stamina monster, and had one of most dominant seasons in tennis history the very next year—good medical inquiry probably does not start with a doctor mashing a brioche into your forearm to test its strength.

2. Pepe Imaz, a former marginal tennis player and current New Age-y quack, appeared regularly in Djokovic’s player box between 2016 and 2018. Djokovic cycled through coaches in this time but stuck with Imaz, who preached the power of long hugs, and wrote the following in his personal page:

Human beings have infinite capacities and skills, the problem is that our mind limits us. Telepathy, telekinesis and many more things are all possible. The problem is that we have never been helped to develop these skills, on the contrary we have been made to believe that these things are impossible.

3. Djokovic got pretty into telekinesis and telepathy in his own right. Here’s what he said in 2018 while promoting a documentary with the outstanding title Transcendence – Live Life Beyond The Ordinary:

“You have this thing called telepathy, right?” he says, “Or this thing called telekinesis, or instinct, intuition. I feel like [these] are the gifts from this higher order, the source, the god, whatever, that allows us to understand the higher power and higher order in ourselves. We have the power to programme our subconscious. To me, [the word transcendence] is about transcending from a kind of a lower physical vibration to a higher vibration of understanding who we really are.”

4. From 2016 to 2018, Djokovic had a persistent elbow problem that he spoke about in vague terms. He finally went under the knife in February 2018. Djokovic told The Telegraph that he cried for the next two or three days after the surgery, and felt guilty for a month or two. “I was trying to avoid getting on that table because I am not a fan of surgeries or medications,” he said. “I am just trying to be as natural as possible, and I believe that our bodies are self-healing mechanisms. I don’t ever want to get myself in the situation where I have to have another surgery.” A few months after the surgery, he won Wimbledon, ending a two-year major title drought. Then he won four of the next six majors.

Honorable mention: Jelena Djokovic, Novak’s wife, shared a video speculating that the 5G cellular data network spreads the coronavirus. Instagram flagged it as “False information,” and hid it behind a cautionary note.

In a livechat with Andy Murray this past Saturday, Djokovic said that if he had not become a tennis player, he would have been “a scientist.” Naturally.