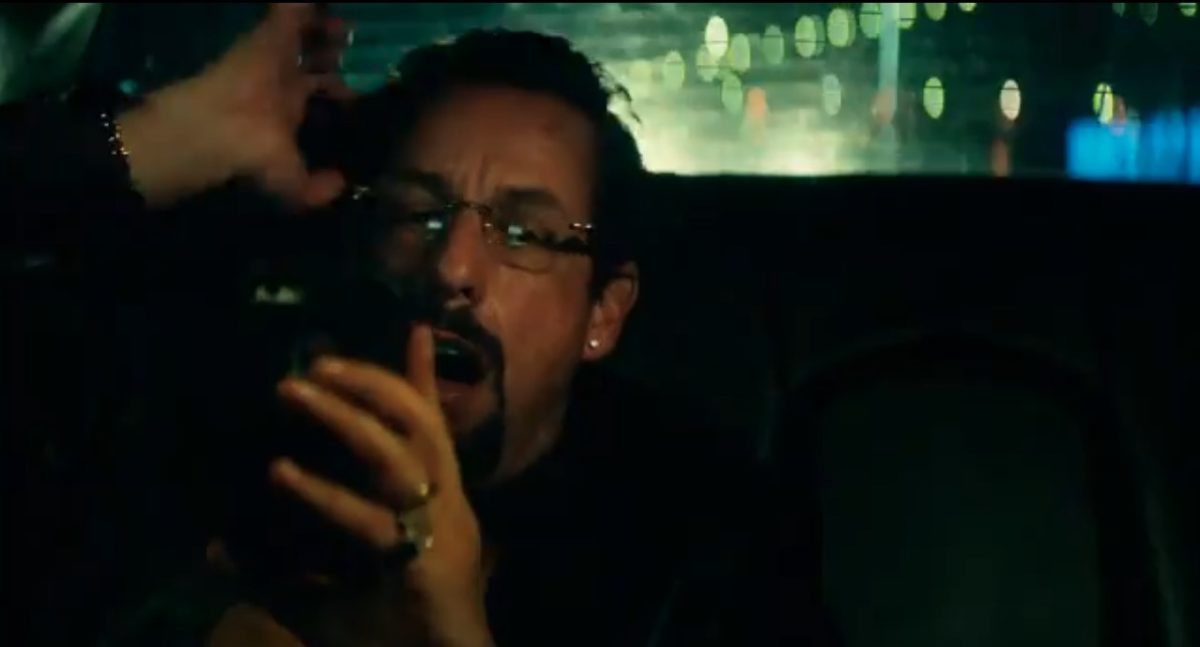 Uncut Gems Is The First Great Movie About Watching Sports

I’m going to assume that at some point a wise critic once said that a great piece of art reveals the shortcomings of all similar works with startling clarity. If my assumption is wrong, well then I guess I am that wise critic.

Uncut Gems, a critical darling of a film directed by the Safdie brothers and starring Adam Sandler, is one such example of this definition of great art in regard to the sports movie. What Uncut Gems does better than any sports movie I’ve ever seen is accurately capture the experience and feeling of watching sports.

If you’ve seen enough sports movies you are familiar with a common trope: During the climax of the film, as the Big Game unfolds, the camera dutifully cuts away to various shots of the Important Athlete’s anguished wife, girlfriend, dad, mom, friends, countrymen, etc. The glassy-eyed wife is always clutching her breast at just the right moment, and the sports bar full of hometown friends is always way too clean and cheery, the patrons’ moods rising and falling in perfect unison. Those sorts of cutaways generally serve no purpose other than to remind the audience of the stakes of the Big Game, and they are also inauthentic representations of the real sports-watching experience.

In Uncut Gems, the Safdies invert this trope, centering the action and drama of the film’s climax not on the Boston Celtics defeating the Philadelphia 76ers in Game 7 of the 2012 Eastern Conference Semifinals, but on Howard Ratner’s (Sandler) experience of watching the game as it happens. The audience, just like the gangsters that Ratner has trapped in between his jewelry shop’s security doors, are forced to sit there and watch Ratner pace and whinge and shout about every rebound, bucket, and foul while the game itself unfolds on a distant television screen.

It’s mortifying to watch. This fucking guy, wearing sunglasses inside, his nose broken, cussing and howling and jabbing his finger into the TV every time he sees Doc Rivers. It’s also precisely what watching sports feels like in real life. Not every sports fan is as loud and profane as Ratner, but anyone who has ever watched a game while truly caring about its outcome can identify with the mania Sandler–himself a huge sports fan–absolutely oozes in that scene. The flare-ups of teeth-grinding rage that come from each clanked jumper, and the rush of relief that comes from each one that goes in–all of it is painfully, delightfully recognizable.

I didn’t personally identify too much with Ratner’s behavior in the movie’s final scene–I’m far too self-conscious to yell that much, even in private–but the sports-watching scenes from earlier in the movie felt like they were ripped from my own life. Ratner watching a basketball game on his iPhone while silently mouthing “Fuck you!” and flipping off the screen? That’s me. Him standing in front of his couch, silent and slack-jawed, eyes fixed on the game on TV while he’s being asked to go do something actually important? Me as hell. That scene where he’s in the back of an Uber and realizes he won his bet, and, for some reason, zooms in on the part of the box score that shows Kevin Garnett’s 27 points? Extremely me!

I suppose I should have felt owned by seeing myself so accurately represented by so pathetic a character, but instead it had the opposite effect. The first thing I wanted to do after leaving the theater was watch a basketball game that I truly cared about. That’s because other representations of sports fandom in pop culture have made me subconsciously feel like there was something lacking about mine. Yes, I’ve watched my fair share of games at the bar With All The Fellas, but more often than not watching and fretting about sports is an isolated and isolating experience. For every delirious and unifying experience I’ve had watching sports in a stadium or in public, I’ve had scores more that involved me grumpily hunched over my laptop in a dark bedroom, whisper-yelling and firing off weird, half-aborted fist pumps.

I’m a sicko, is what I’m saying, but there are millions of other sickos just like me out there. Thanks to Uncut Gems, we have finally been accurately depicted on the big screen. This is how we win.

All The Zion Williamson Blogs We Would Have Blogged