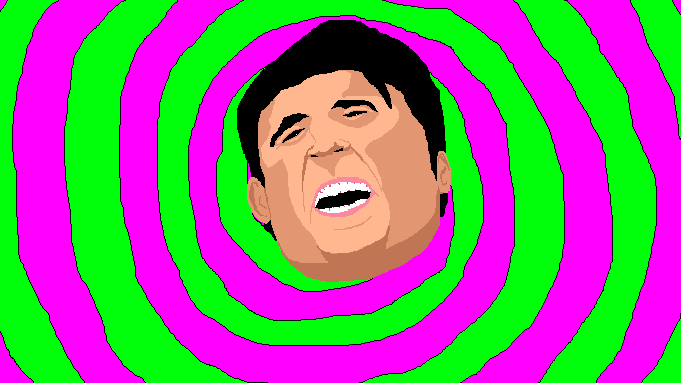 March’s Submission Underground 12 card was organized and called by former UFC star and current ESPN talker Chael Sonnen, who overcame several obstacles, most notably common sense, to hold nine bouts. Sonnen called the fights from outside the building. Only a lone cameraman, a referee, and the two fighters remained inside. Doctors and cornermen were not allowed into the silo, while athletes were provided with isolation-friendly RVs. Echos reverberated throughout the silo during matches; fighters celebrated for the camera and nobody else. All that conspired to deliver precisely the sort of menace and foreboding that a live sporting event during a pandemic theoretically might have helped alleviate. It was weirder than the UFC card in Brasilia a few weeks prior, but only because that one was not held in a probably haunted grain silo.

Despite the theoretical legality of the event and whatever on-site precautions are taken, it’d be reckless to carry on with this weekend’s SUG 13 card in the midst of a pandemic that has killed over 41,000 Americans. Fighters will still have to travel to Oregon and risk ending up in a hospital. Sonnen explained last month that he felt it necessary to honor his commitments to fighters and staff, which is misguided or dishonest. Either way, it elides the fact that there’s significant benefit to being the last sport standing.

Sonnen’s pals at the UFC tried everything they could to be that sport earlier this month, although their sweaty efforts to host UFC 249 were ultimately defeated by, again, a pandemic that’s claimed the lives of over 160,000 people worldwide. Weeks after he promised to host planned cards in London, Columbus, and Portland because Donald Trump told him it was cool, perpetually throbbing UFC czar Dana White was forced to cancel almost every event, choosing instead to circle the wagons around the year’s premier fight card.

Attempts to host that card at an empty arena in Las Vegas, on a private island which may or may not exist, and then on tribal land in central California—the last attempt coming even after lightweight champion Khabib Nurmagomedov returned to Russia and left the card—all fell short. White has once again promised a stacked May 9 card. His swaggering confidence that he will successfully host the event is, per MMA Junkie, due to “non-public details from being part of Trump’s task force to reopen the economy” and a rabid desire for his promotion to be seen as the first sport back in action.

Sonnen’s event is decidedly easier to host and less major than a full-on UFC card, which affords him a skanky sort of latitude. Unlike the UFC, SUG does not have to worry about ESPN execs dropping the hammer. And so Sonnen is loudly, proudly full-steam-ahead on having dudes wrassle in a secure location this Sunday. He spoke to Bloody Elbow last week, and while Sonnen said he’d comply if regulators told him to knock it off, he also seemed intent upon defying a world of very obvious reasons not to have his card. Sonnen is doing his best to stick to the letter of the law—he’s technically following Oregon rules prohibiting gatherings of over four people, and is keeping everyone involved separated as much as possible and wiping down surfaces—while aiming to prove a bigger point about the spirit of fight promotion. There’s simply no way that anything like this is worth the risk for the MMA fighters, although they’re famous for looking past that sort of thing. Even Sonnen admitted the inherent uncertainty in hosting such an event, saying, “At some point, yes those boys do put their hands on one another.”

“What we’re doing here is a psychology,” Sonnen said. “We’re proving a point: we never back down. That is one thing about this community, whatever the consequence, by the way. By the way, whatever the consequence—I don’t pretend for you that I know. But we will, on an ideal—it’s not about armlocks, it’s damn sure not about money, it’s not about championships. This is an ideal: we take on whatever challenge there is, and we go forward.”

Sonnen’s defiance of public health and invocation of the hallowed American value of business at all costs is an ultra-blustery echo of the rhetoric issuing from the business tyrant community, which is currently getting itself worked up on behalf of their employees’ right to return to work and die of the coronavirus. It’s the same proud miscalculation offered in pumped-up MMA cadences, but it’s wrong in the same way—the country doesn’t urgently need a few more re-opened Jet-Ski dealerships in the exact same way that starved sportswatchers do not need whatever is going to come out of that spooky combat silo.

Sonnen told Bloody Elbow that part of his insistence on going forward is his own experience getting over a coronavirus infection. “I mean, you can run and hide if you want,” he said. “Or, you can go deal with it and get through those 14 days. You don’t really have a whole lot of other options.” The unspoken other option is worth speaking aloud, because it is literally “a lonely death on a ventilator.” If he can’t even bring himself to acknowledge that, expecting Sonnen to do his part to prevent that outcome is asking too much.