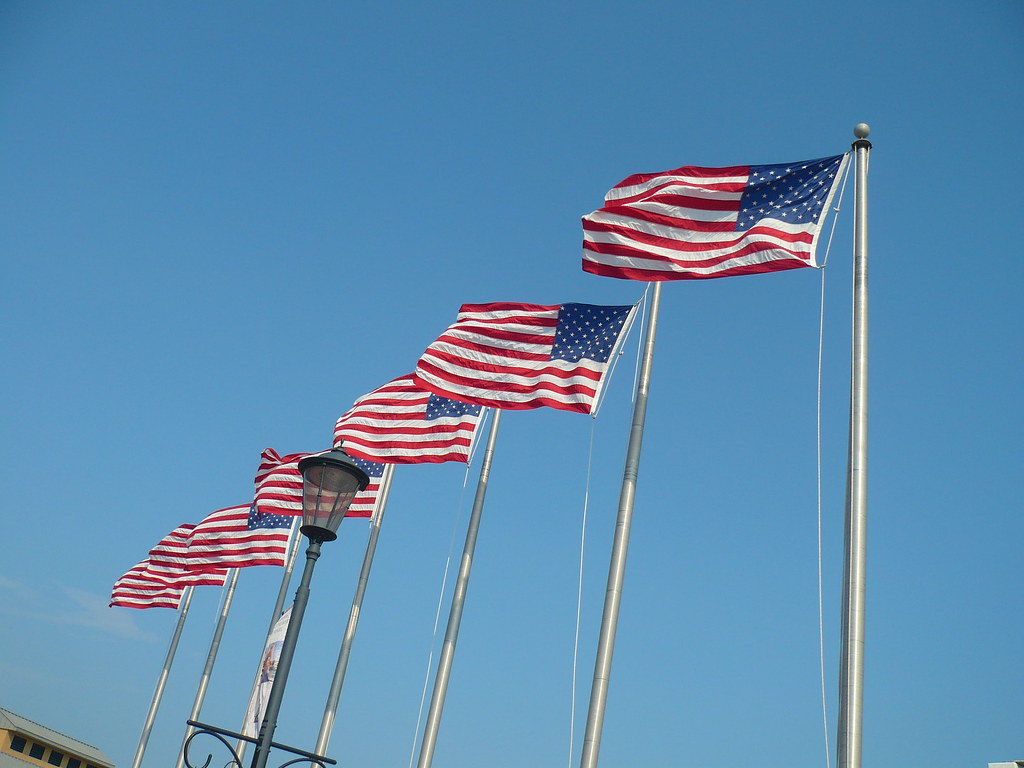 "American Flags" by Dricker94 is licensed under CC BY-ND 2.0

This weekend’s NFC Champion 49ers team is brought to you by general manager and former All-Pro safety John Lynch. Lynch was hired directly from the TV booth after Niners owner and way too chatty Uber driver Jed York ousted former GM Trent Baalke. Lynch’s hiring felt like a sick joke at the time: a transparent white flag from York after he had successfully uprooted his team from San Francisco proper and plunked them down in a glorified remodeling of Sun Devil Stadium. But Lynch steadily loaded the Niners up with talent along both sides of the line of scrimmage, and now his organization is playing in a Super Bowl, well ahead of the rebuilding schedule.

HOWEVER, this warp-speed success does not fully redeem Lynch. This profile of the man written by Bryan Curtis over at The Ringer contains one story that proves Lynch should be chained up in Hell:

After a day at Fox’s offseason retreat, Lynch climbed onto a chair. He gave fellow announcers the stony look of a strong safety. Then he sang “God Bless America”… Sure enough, the other announcers started to sing along with Lynch. One compared it to the “La Marseillaise” scene in Casablanca. “You better sing,” joked Kevin Burkhardt, who was Lynch’s play-by-play partner. “Because if he’s looking at you and you’re not singing, he’s going to kick your ass.”

Fuck him and fuck that song. “God Bless America” is the worst benchwarmer anthem this nation has, and that bench is DEEP with absolute scrub tracks like “Proud To Be An American.” I am NOT proud to be an American when I hear that song, nor when I hear “God Bless America.” I’m fucking embarrassed. The fact that John Lynch will get up on a chair and demand you sing along with him to it is some serious East German shit.

I’ve earned my right to hate “God Bless America.” I was living in New York when the Yankees—capitalizing on a rare bit of national goodwill directed their way after the 9/11 attacks—immediately squandered that goodwill by trotting out an anti-Semitic landlord NOT named Donald Trump to grunt his way through “God Bless America.” Then their security guards would haul you off to the penitentiary if you fucking exhaled during it. The whole thing was a clumsy exercise in dirt-cheap nationalism that persists to this day. I went to Yankees games when they played the song. It made me want to shove peanuts into my ears.

When not subjecting paying customers to the beefy caterwauling of Ronan Tynan, the Yankees unearthed a version of the song recorded by a DIFFERENT kind of racist and used that for a full decade. I wonder what attracts pushy assholes to “God Bless America”? Is it the fact that it infers God likes America BETTER than all the other countries? Is it because the lyrics are like if you asked a first grader to remember the words to “America The Beautiful” (“From the mountains to the prairies/To the oceans white with foam)? Is it because even Meghan Trainor has the range to sing it? Is it the fact that ICE probably uses it to torture child detainees? Is it the fact that a Jewish immigrant wrote it only for polite fascists to co-opt it for their own ends? It’s probably all of those things.

All I know is that if you like that song—and if you bully OTHERS into singing it—you’re an Idaho militiaman waiting to happen. I actually went to a bar once where a group of older people gathered around a piano and broke out into the National Anthem. It was cute. I didn’t join in but I was drunk enough to nod along. If they had broken out into GBA, though? There would have been blood. “God Bless America” is the All Lives Matter of songs. It’s an asshole signal. Taking a knee for it isn’t protest enough.