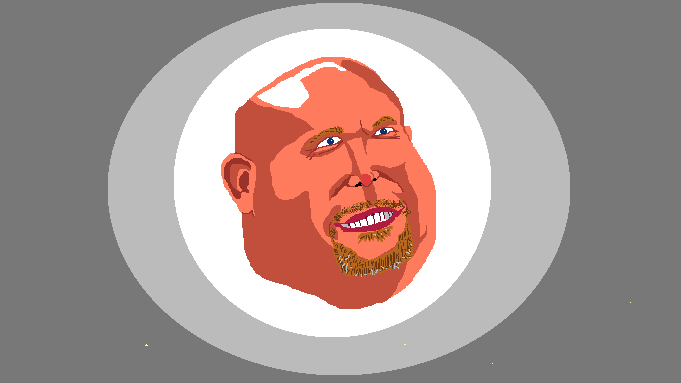 While Comrade Roth is trying to decide whether to love Alex Rodriguez as his new baseball overlord and Comrade Magary is pretending to be a meth-crazed Heidi Klum, the rest of us are watching the National Football League twitching hysterically about a draft that will be either hilariously surreal or depressingly mundane–I mean, more depressingly mundane.

It will be dominated by IT interns sleeping in the general manager’s crawlspace, Tua Tagovailoa and our love affair with the twin concepts of skill and fragility, and of course, Rob Gronkowski surrendering his wrestling belt to devote all his energy to returning to the tender mercies of Tom (It’s My Park If I Say It’s My Park) Brady. Oh, and 300 players pretending to be excited about air-hugging their relatives on Zoom.

Yet things are moderately nuts these days for the world’s largest insurance company. Even by its standards, this is the best off-season it has ever had because A) the combine was a news gatherer’s profound disappointment, B) interest in the Wonderlic test and hand size has clearly diminished as more people come to grips with their essential pointlessness, and C) the New England Patriots are dead as we know them. Not by a revolution, or a Krause-level personality crisis, but by simple erosion.

This leaves a vacuum at the top of the food chain, and this offseason that vacuum has been, briefly, filled by the Tampa Bay Buccaneers and their fellow powerhouses of pathetic, the Arizona Cardinals and Los Angeles Chargers.

We mention this before the draft because we do not know which rookies will thrive in 2020, or if there will be a 2020 in which to thrive. So never mind Joe Burrow or Chase Young or CeeDee Lamb–for the moment, they are as real as Sidd Finch.

The Bucs (with a 31st-best career winning percentage of .387) changed their profile, their quarterback and their uniforms, and now with Gronkowski’s playing rights transferred to Florida, where the state motto is “We’re Open To Anything, Including The Plague,” even their place in the NFL diaspora. They have been a ziggurat of failure for nearly all of their 45 years, and suddenly they are recreating the Patriots, only with a Kangol hat in charge rather than a purposely distressed 20-year-old sweatshirt. They even got rid of their ridiculous microwave-display uniforms, an idea so hideous that the people who thought of them and then approved them should be named, shamed, and then rocketed into the sun as a warning to the next designer who works while high.

In all, an offseason triumph across the board to help take the sting out the Glazer Boys’ larger concern, Manchester United, barely keeping themselves above Wolverhampton and Sheffield United.

The Cardinals (a nifty 30th career winning percentage of .423 as they enter their second century of stank) did nothing to the uniforms, and more’s the pity, but they brazenly swindled Trader Bill O’Brien out of DeAndre Hopkins, rid themselves of a contract barnacle in David Johnson, and did both while in quarantine. That helped, since general manager Steve Keim made the trade while wearing a ski mask–not to keep within health guidelines but because that’s what you do when you perform armed robbery. The Cardinals are now a significant factor in the once top-heavy NFC West, a division that typically includes Arizona only as an act of kindness, and may even attain their eighth winning record since the Buccaneers came into existence.

The Chargers, for their part, are merely the purest essence of mediocrity, with a career winning percentage of .499454148474616. They invented social distancing and shelter-in-place when they left San Diego for Crypto Los Angeles, they just shed themselves of their best quarterback ever because they ran out of team-issue baby gifts for his family, and they have no way of knowing whether the new stadium in which they will be shunned will be ready for a season that may not be played.

In other words, nothing new… except…

…the new best uniforms in football. With all due respect to Magary the Fashion Thug, this is a re-design that nobody hates to such an extent that they have probably made more fans just by cleaning up than by winning games. They are relevant because they look relevant, and because superficiality is the true system of social exchange, they will stay relevant as long as they don’t do something purely idiotic and change the uniforms again. Hell, they even brought back the numerals on the side of the helmet, just like their ancestors wore. Clearly someone in their organization is neither a greedhead, a moron, a control freak, a social misfit, or a degenerate for a modern look that nobody asked for. Said person asked the most basic question of all problem solving–“What’s the best thing we ever did?”–and brought it back.

In fairness, the best things they ever did were Sid Gillman, Lance Alworth, Paul Lowe, Keith Lincoln and Ron Mix in the early days of the American Football League, and since Gillman’s dead and the others are in their 80s, the uniform was the clear second choice in a history largely devoid of lights, high or otherwise. So after so many years of talking past folks, crawling beneath them, and finally escaping a place that loved them for a place that thinks they are the third MLS franchise in town, they got something so incandescently right that they should be allowed to play in the next Super Bowl just for being pretty. Hell, they might even resuscitate that miserable, rotting old corpse Hard Knocks on workout shorts alone.

Oh, we could include the Browns for tidying up as well, but we’re pretty much full of them. They had their window, smeared a soiled diaper all over it and went back to being dreadful, so that’s over with. But least now they look like they might have company in Foxborough, while teams with no pedigree at all get a chance to thrive. The king is drunk in front of the bus station, long live the king.

Spoiler alert: It probably won’t work out that way, and you’ll be cursing the Patriots yet again because Bill Belichick is still the regional vice president for Satan.co and will always have a good idea before you do. But the Patriots’ new uniforms (it’s a theme for the terminally bored) look like the old ones excerpt with a little more suck, so there’s that to hope for while we wait for Jon Gruden to stop screwing Nathan Peterman, who is our true uncrowned king and savior.

Ray Ratto thinks Bob Kraft will be seen more often in Tampa than in Boston, pining for the good old days when the guys on the field were his and you could get to Jupiter in half an hour.

How To Make Bird Suet, A Disgusting Delicacy For Our Avian Pals