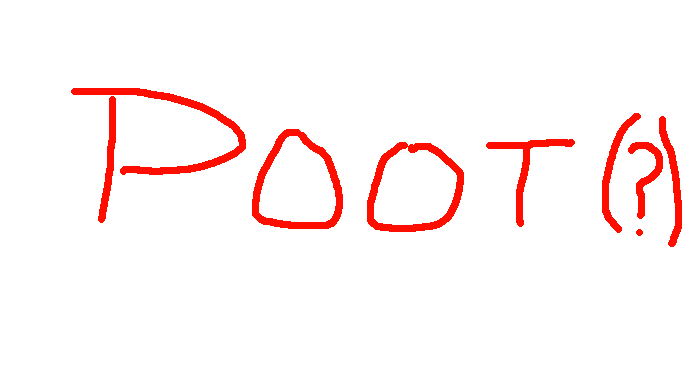 You couldn’t be Mike Francesa. This is fine, to be clear, and you should be glad about it. It’s hard to imagine who besides Mike Francesa would really even want to be Mike Francesa, just given that his job is extemporizing about sports on the radio for six hours a day despite not really liking sports anymore and also how his brain is. But that’s just it: no one else could do it. To be Mike Francesa, to inhabit his specific grandiosity and towering impatience and thermonuclear self-confidence, one must always have been Mike Francesa. Francesa is very good in Uncut Gems in a small acting role, but he’s effective for the same reason that those unsettling baldish brothers who keep popping up to harass Adam Sandler are—he’s been refining his craft as a very specific type of strange person for many years. In his stupendously pissy high-handedness, Francesa is a masterpiece of his own making. It is in every way a life’s work.

That work is not the sort of thing that any person, let alone one as proud as Mike Francesa, would want to see undone by the brassy and undeniable brap of a fart captured on tape. This is where our story begins.

It might well have ended there, too, had Francesa been less serious about seeking justice. On Monday, November 4, in 2019, Mike Francesa spent an unhurried stretch of a regular pre-taped morning segment pointing out, more in sorrow than in anger and not at all in a rush, that Adam Gase is a shitty NFL head coach. Francesa wasn’t wrong on that, although he has long since slipped beyond the constrictive anxiety about being wrong that makes other, lesser beings sometimes choose to be quiet. Francesa has not believed that he could be wrong for a long time, and has not acknowledged being wrong about anything since… well this is hard to say. The Twitter user @BackAftaThis, online’s foremost Francesa scholar, compared an admission of error from this grouchy king to “seeing a unicorn.” The closest thing he could find was this clip, in which Francesa generously allows that he’s wrong “once every 15 years.”

Anyway, to the point: while making or re-making his point about Adam Gase, Mike Francesa certainly farted on the radio. You can hear the honk clearly around the 18 second mark.

It’s worth taking a moment to say that Mike Francesa did not do anything wrong, here. Mike Francesa is an extremely advanced specimen of humanity—like imagine if Dr. Manhattan had the capacity to be consistently wrong about college football—but he is a person, and people fart, and your man definitely farted while making that uh point about how he’s “been around a lot of coaches.” That Mike Francesa did something with his butt that humans decided a couple thousand years ago was a funny and embarrassing thing for butts to do is not important news, exactly, but it’s worthy of note. Dennis Young, curly-headed enfant terrible of the New York Daily News‘ sports section, stepped up to write a little blog post about it, which ran under the headline “Mike Francesa Appears To Rip Fart While Ripping Adam Gase” early that afternoon.

“Relatively no one read it all day,” Young told me. “And then Chartbeat started blowing up around 5:00 p.m. when Francesa took a call about [it].”

Think, for a moment, about how you might respond to having farted on a radio show while talking about Adam Gase. It’s not an ideal situation, because humanity decided that farts were funny/embarrassing thousands of years before stuff like “caring about the New York Jets” had not even been invented as an embarrassing thing yet. One option, when busted for farting, is to do what people do in fart-related situations, which is to laugh it off. Francesa took a different and more enlightened tack. For more than five minutes that evening, on his radio show, Francesa swore on his mother’s eyes that he has never farted, would never fart, and that the fake news conspiracy to make it seem like he had farted—which he would never do, it’s ridiculous, he’s never even heard of such a thing to be honest—might reach far higher than anyone knew.

“First of all it didn’t happen, it’s a complete lie, which…The Daily News lies all the time,” Francesa began. What followed was typically recursive—Francesa has a lot of hours to fill and not a lot of interest with which to fill them, and so any point he makes once is usually made four or five times just to be safe—but unusually heated. “First of all it would never happen. Number one. But how would you… so you’re telling me you heard the noise?”

“I swear on my kids’ life, it’s a fabrication,” Francesa went on to say, in the first of two instances in which he brought his children into this. “Shows you you should never believe anything these morons write. Listen, they stoop to a lot of levels.”

“Anthony, did it happen this morning? He’s shaking his head no, of course it didn’t happen… I mean, my god, there’s no chance that would ever happen, number one, number two if something ever happened accidentally, we would stop the tape and start over.”

(“That’s what really got me about the response,” Young said. “The insistence that not only would they re-shoot the five-minute morning segment if a fart happened, they would never need to because a fart has never happened.”)

“Now I wouldn’t waste my time going after them for something like that,” Francesa continued. “And I don’t know that I could prove damages, because I don’t think it’s damaging, but just to show you how ridiculous and offensive it is, and stupid it is. And nothing happened.”

Preposterous as the whole thing was—the very idea of Mike Francesa letting out a squeaker while assessing a Jets loss to the Dolphins—Francesa was able to find something of a teachable moment in it all. Because while it was clear that Francesa did not and would never fart on the radio or anywhere else, for any reason, there was still a broader lesson here about the state of the media. “False headlines, lies, I mean I see it all the time,” Francesa explained. “Stuff that is just completely untrue. And here’s another example of something that absolutely never, ever, happened under any circumstances.”

Who is to blame for this state of affairs? “They’ve got writers,” Francesa said, “I’ve never even heard of the people who… And when it’s sent to me, I never recognize the bylines because these people now they find who write this stuff, never heard of… And they’re told to write this stuff, so they can get page hits. It’s probably the guy who called is probably the guy who wrote it. Because all it’s about, folks, is getting page clicks.”

I asked Young about this. He denied that he called in to get Francesa to discuss the post, but happily admitted that, “We did write it for page clicks, which is what I live and die for.” While Young expressed his personal belief that the culture at large would do well to “destigmatize farting,” he did not think of the story as a personal attack. If anything, he believed that Francesa’s fart served to underline the broader point he was making at that moment, in the way that a soaring film score might make a movie feel more urgent and powerful. “Francesa was treating Adam Gase’s job security with exactly the respect it deserved,” Young said.

Francesa, though, saw something more nefarious at work, here—not just a longstanding vendetta against him by the jealous fake news media, but perhaps the work of multiple parties aiming to take him down. “There’s nothing on there,” Francesa explained, as patiently as he could, “[and] if they put something like that in, they created it themselves. Because it never ever happened, I swear on my kids it never happened.”

“We did not add any fart noise in,” Young said.

It’s possible that both parties are telling the truth, of course—the instantly identifiable and extremely obvious fart sound on the audio could have come from a source above the Daily News. There are now and have long been a number of parties with a great deal to gain from discrediting Mike Francesa—by making him look like a pedestrian workaday farter, by gaslighting him with the sound of a fart he knew not to be his, by coordinating tabloid coverage to obscure the uncomfortable truths he tells. Three months on, those parties are still at large.

Francesa, magnanimous to a fault as ever, moved on quickly—two days after trashing the Daily News, he gave the paper a fairly sprightly interview about his role in Uncut Gems. The Daily News, and many others, are still paying attention to his every utterance at the end of his long career. For now, the story has dissipated, or at least been carried along elsewhere. But assuming that this is somehow over seems…

I was going to say naive, but sure.