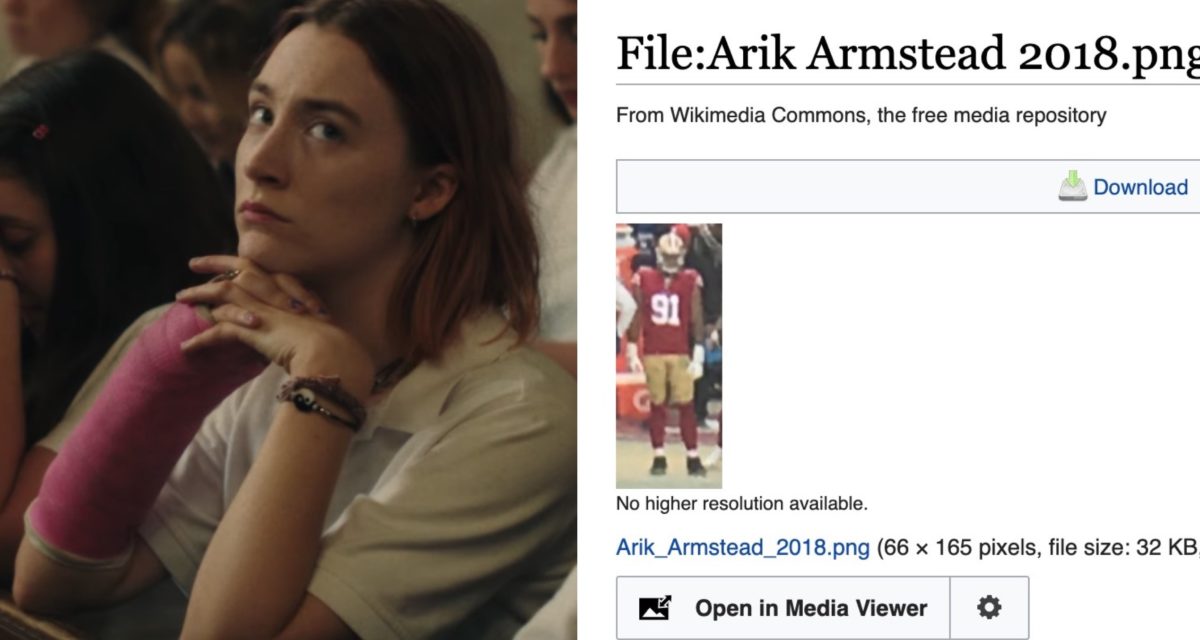 Perhaps the greatest single strength the 49ers will have in today’s Super Bowl is their imposing defensive line. One of those key players is Arik Armstead, a Sacramento native who has an opportunity to stand out on the big stage, just like Christine “Lady Bird” McPherson, the protagonist of the 2017 film Lady Bird, when she finally left Sacramento to attend NYU, realizing her dreams to break free from her dreary hometown.

Armstead attended Pleasant Grove High School, excelling at both basketball and football; Lady Bird graduated from Immaculate Heart, a fictional Catholic school, and once took part in the school’s production of “Merrily We Roll Along.” Getting to play less than two hours from his hometown is definitely special for Armstead, who said, “I want to represent this part of the state in the right way,” when he was drafted.

Before he was drafted by the 49ers, Armstead played for the Oregon Ducks. He initially considered playing for Jeff Tedford at Cal alongside his friend and future first-round pick Shaq Thompson, though he eventually opted for bigger and better things farther from home. Lady Bird also left Northern California for college, hiding her acceptance letter to NYU from her mother and ditching UC Davis and Sacramento City College for the big time. She threw up on a guy, claimed she was from San Francisco, and wound up in the hospital all in her first night.

Arik’s NFL career means he’s getting to live out both his and his brother’s dreams. Armond Armstead was a standout at USC, though a heart issue forced him to retire before ever playing a down for the Patriots. “He kind of paved the way for me and I’m trying to continue that,” Arik said. When Lady Bird’s sleazy prom date Kyle Scheible came to pick her up and merely honked his horn instead of knocking on the door, her brother Miguel said, “Even you deserve better than this.”

Super Bowl 54 represents the culmination of a lifetime’s worth of work for Armstead. If his team wins, he will not only make the Bay Area proud, but he has a chance to cement himself as one of the all-time Sacramento greats.

“What you do is very baller,” Scheible told Lady Bird while smoking in the parking lot. “You’re very anarchist.”