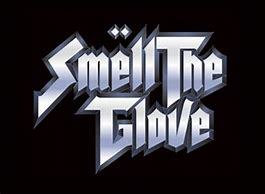 Then, a few months ago, I had a Band-Aid on my finger and had to do my chores. Parenthood is just a never-ending pile of dishes. I had washed dishes with a Band-Aid before. Water and Band-Aids do not get along, and thus mine would inevitably slip off and end up swimming around the inside of a crusted-over mixing bowl. Not only is this a gross experience, but as you are all too aware right now, it’s an unsanitary one.

So, on this particular night, I reached under the sink and grabbed a pair of dishwashing gloves. I had always thought of dishwashing gloves as something reserved for special cleaning occasions, like if you’re hosting a surprise wedding or something. My wife used them all the time to clean the kitchen, though often not to clean the dishes themselves. I never used them. I have NO good explanation as to why. I think I used them once and my hands got sweaty under the latex. Latex gloves will do that to you. I guess the residue they left freaked me out, and I probably looked down on dishwashing gloves as Avon lady shit.

But I have been married for 17 years, which means I long ago adjusted to being unapologetically domesticated. So I put on the gloves to wash the dishes and it was fucking MAGIC. My Band-Aid… it stayed on! My hands were still dry, and not terribly clammy! I could have washed a THOUSAND dishes with these things. Thankfully, my children provide that number every three days or so.

My first job was washing dishes. It was at a Little Caesars in Torrington, Conn., back in 1993. When I got the job, I figured they would let me get right to making pizzas and fisting the pepperoni container. But no, that job was for senior employees. My job was to answer the phone and read an offer script to customers (“Hello hello! A discount on TWO pizzas beats a discount on one!”) and to wash the dishes in the back. And these weren’t, like, kitchen sink dishes. These were mixer paddles, and giant empty vats of tomato sauce, and pizza pans that were eternally sweating orange grease. I never used gloves for that job, which is deranged. No, instead I willingly let my hands bathe in a soup of lye and used mozzarella.

If you’ve ever washed dishes barehanded, you know the havoc they can wreak on your poor skin. And if you’re a nail-biter like me? It’s even fucking worse. Sometimes I inadvertently jammed a soap bristle into a hangnail and HOLY FUCK it hurts. I’m shocked my hands still exist, given what I’ve put them through.

No more. I’m never washing dishes without gloves again. Recently my gloves got a hole in them and I reacted as if I had just broken my phone. Bought a new pair instantly. With these bad boys on, I can jack up the water in the sink to boiling, reach down into a stockpot the scrape off bits stuck to the bottom, blaze through 100 other pots and pans, and come out smelling like Madge from the old Palmolive ads. I have dishwashing superpowers now. I am a god. WHO’S LAUGHING NOW, MIKE ILITCH?!

The Best Names Of The WHL Draft