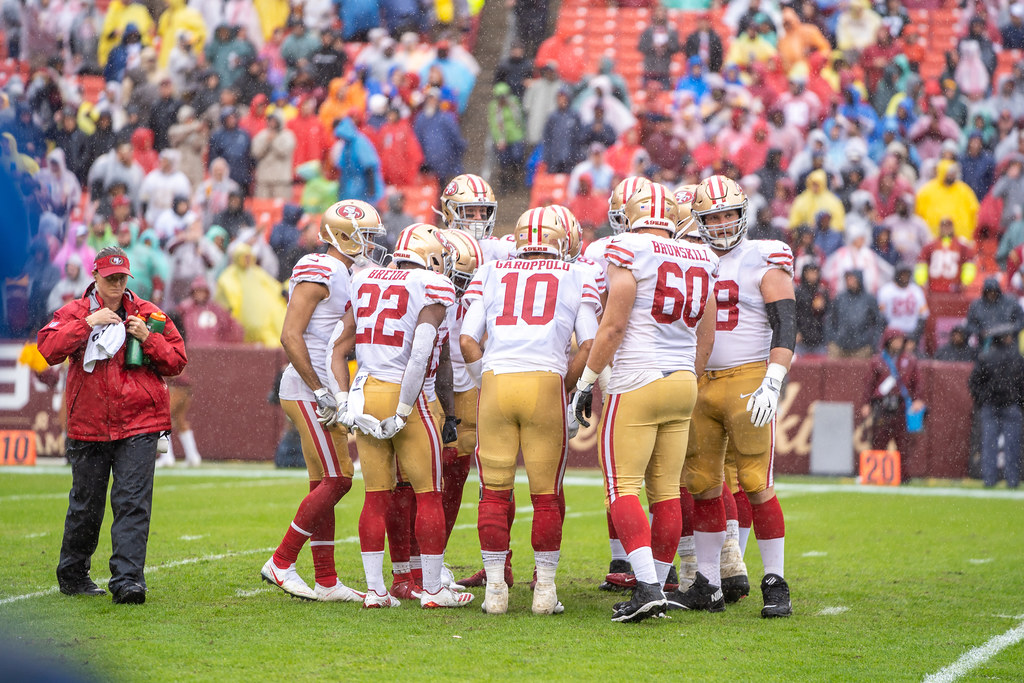 Ladies and gentlemen of the internet, I have created one. I call it Scrimmage Ratio, and it’s a pretty good indicator of why the Chiefs have no business being favored to win this game.

Lemme explain how the ratio works. First of all, someone posts a really shitty tweet, and then … nah nah I’m just fucking with you. What I did was I went to Pro Football Focus and looked up the game grades for every O-lineman, D-lineman, linebacker, and tight end (the TEs’ blocking stats only). I did this for all four playoff games involving the Chiefs and Niners thus far. For each of those games, I listed the grades all down on a spreadsheet: The Chiefs’ offensive grades against the Texans’ defensive grades and vice versa, etc. Then I averaged out those grades on either side and calculated the differences, like so:

If you look at the NFC title game, the Niners ended up with a net Scrimmage Ratio of +18.9 after tearing the Packers limb from limb. The Chiefs, by contrast, actually LOST the ratio in the AFC title game by a difference of -2.9 to the Titans.

There are flaws in this metric, because of course there are. First of all, I’m going by PFF grades that, for all I know, Cris Collinsworth pulled out of his bengalhole. I also didn’t include situational players, such as designated third-down pass rushers. Also, I didn’t factor in fullbacks, because so many teams don’t use them. This does a disservice to the Niners, because Kyle Juszczyk is an All-Pro. I also used averages instead of medians. I could have tried it both ways, but honestly it was too much work. I feel like I just did my taxes.

This stat also doesn’t account for turnovers or special teams, which of course played a huge role in KC ripping off back-to-back hilarious comebacks to get here. The Chiefs are so good OFF the line of scrimmage that Pat Mahomes and his arsenal can help compensate when their line players are overmatched. They’ve gonna need to compensate again on Sunday because the ratio has the Niners at an advantage on both sides of the line, particularly, in a twist, on offense.

Those are season grades averaged out against one another. The Niners’ aggregate scrimmage ratio in the playoffs thus far has been +63.2. The Chiefs’ has been -2.5. One of these teams is pretty good in the trenches. One is provably, and visibly, better. This time around, the Chiefs won’t get the benefit of Bill O’Brien shitting his khakis on the sideline when it matters most. They’ll have to play beyond their means on both lines and hope the Niners’ beefers come out flat on the opposite side. They got away with being outplayed in there two weeks ago. They won’t this time. The ratio doesn’t lie. I know because I invented it.