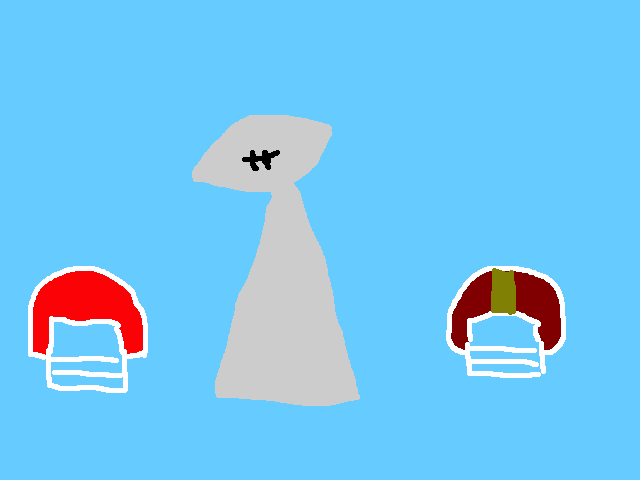 In a Super Bowl run-up almost completely devoid of weirdness, contention, absurdity or ghastliness, it should be come as little surprise that nobody has made a thing of San Francisco shutting down the parade route for the team they no longer have a week ahead of time.

And yes, the fact that the above sentence is laden with falsehoods makes no difference. In Super Bowl Week, everything is typically a lie and thus totally believable. It’s just that in this Super Bowl, it seems nobody has the will or desire to turn the football game into a clown car of bad behavior. It’s just the annual trade show, only this time there is no open bar.

But first, the parade route. The people who run San Francisco, where the 49ers don’t play, decided months ago to turn Market Street into a carless promenade, an attempt to solve the daily mega-gridlock that begins early each day, takes an hour off, and then resumes again. Fine, social planning. No big deal.

Only it is also the planned parade route in case the 49ers win Sunday because Santa Clara, where they do play, doesn’t really have an equivalent, well, anything. That, plus the 49ers have been feuding with the local government there for years now, which in many ways makes Levi’s Stadium a shining beacon of modern life.
Still, under normal circumstances, an opponent other than Kansas City would turn this into a testament of 49er hubris by concocting some “See, they don’t respect us!” story line that fans could glom onto in their drunken lie-to-me hazes. You know damned well that Patriot fans would.

But the Patriots aren’t here. The Chiefs are, and in all ways join the 49ers in a festival of likability that has chilled the fake animosity into a cool frothy grayness, even though both teams wear red and will create on game day a gigantic amorphous blood clot of humanity that will make everything seem like the Ohio State spring game.

And all attempts to find contention in Miami have failed. Richard Sherman’s one vitriolic target this week was Jim Harbaugh, who is still at Michigan and not even part of the NFL charnel house. Patrick Mahomes is everyone’s favorite new toy, the kid who throws from all angles and positions and still finds his target, and Jimmy Garoppolo is Dreamboat Willie, the model in pads who has completed more than a hundred handoffs in a row. Andy Reid and Kyle Shanahan have been almost fawning in their praise for each other, and Mike Shanahan has laid low so as not upstage his son–all disgustingly admirable things.

Clark Hunt is that rare owner who wields power without being obnoxious about it and Jed York is that rare owner who was once vilified and now in his moment of triumph has not used it as an opportunity to lash out at his enemies. Also, neither of them have been caught at a local massage joint, so no joke fodder there. Almost nobody paid attention to Roger Goodell’s State of The Bank speech, which normally boils the blood with the pure power of naked rapaciousness.

In very small addition, the minimal point spread (Chiefs -1 for all but about 20 minutes of the Super Bowl fortnight) means that nobody gets to act like the aggrieved underdog, the bullying favorite, or even the we-get-no-respect brigade. Nobody is shrieking “NOBODY THOUGHT WE’D BE HERE!” because nobody on either team thought they would be.

There is, frankly, no villain here, and no villainy. And there is nobody who could convincingly play the part the way the Patriots always have. It’s that most horrifying of events–The Game That In The Absence Of All Idiotic Distractions Is Going To Be The Game.

Of course, the stupefyingly somber beginning to the week may have something to do with it. The helicopter crash that killed Kobe Bryant, four other adults and four children including one of his own Sunday was a high-velocity knee to the stomach across all social strata, thus putting this Super Bowl and its practiced garishness into a small corner of the national consciousness.

This may change, of course, as the Super Bowl is always one undercover cop, one trip across the border, one pants-dropping at a practice away from being the cartoon it always strives to be. This still could be our national piefight. There just doesn’t seem to be much will to inflate this game to its normally ridiculous shapes this time. Maybe we’re just not that country any more, and it’s hard to know whether that’s maturity, exhaustion or general unfocused disgust with the hellscape of everything and everyone.

I know which way I’m voting.

Ray Ratto is a vagrant of no discernible accomplishment.

Unnamed Temporary Sports Blog Up All Night: The Boys Are Back In Town